free fiction for Kindle The Bilge 28 sept to 2 oct 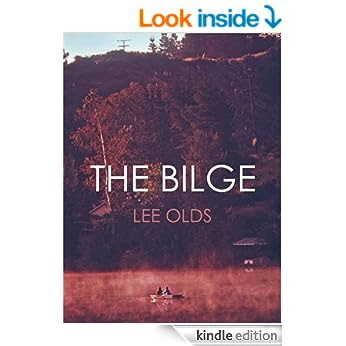 “One of the best novels I’ve read in years...it says more in sixty pages than most books do in six hundred.” San Francisco Examiner

“The Bilge is simply a great novel.” San Francisco Review of Books

“...philosophical fiction of a sort rarely attempted by Americans, though depressing in its conclusions, is exhilarating in its execution.” Newsday, NY

"Lee Olds is one of the best writers you've never read. " John Peters

While scorning his drop-out would-be novelist friend Jan Peters, who lives on a dilapidated houseboat in San Francisco Bay, successful lawyer Ted Richter is strangely drawn to his bohemian way of life. Recounting Peters’ struggles with his sinking boat and his far from conventional relations and rivalries with his oddball friends, with cruel, acerbic wit Richter tells the story both of a vanishing way of life and a tryst that leads to a jealous battle of wits and a dark fate.

Lee Olds is the legendary author of the 1960s best-selling coming of age classic Too Much Sun, the novella Clara and the gripping novel The Return. These books are also published by Not So Noble Books and available on Amazon kindle from .

An independent review of The Bilge by Ira Ebov on GoodReads:

"I'd read Too Much Sun by the same author and enjoyed that odd tale of coming of age set in Alaska. Now The Bilge has exceeded my high expectations. Lee Olds is an amazing writer who takes you to the strange, wonderful and dark corners in his characters' minds. The way he tells the story of The Bilge is so clever. The narrator really estranges you from his own perspective and to the end your capacity for empathy is constantly being played with. There is also a great social commentary running through the novel but it has no single voice, it's more of a musical ensemble where you hear it all at once through the events each character experiences but no instrument is in harmony with the next, and some are out of tune altogether! Towards the end it is touching and extremely sad, and yet the sudden parcity of information makes it completely unemotional. You end up not feeling sorry for anyone but for the world as it is. It's really hard to describe but I'd never experienced anything like it. I really admire this writer and will definitely get The Return after this."
Posted by NOT SO NOBLE BOOKS at 08:15