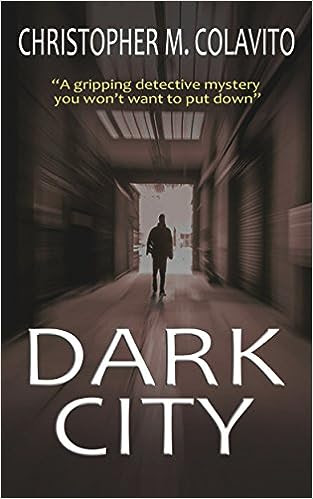 “A noirish detective mystery brought right up to date. Great atmosphere and twists and turns.” Sarah Lancaster “Loved this book. Gripping, stylishly written, and hard to put down, with some cool black humor.” Chris Lamb “Great read. I didn’t guess who the murderer was!” Jenny Davis A locked room. A dead body. No clues. Detective Dylan Knox thought he’d seen it all till he walked into this nightmare case. George Hobbes is found dead in a locked room. How did he get there and who killed him? With the city on the edge of panic, Detective Knox is under pressure to solve what seems like the perfect murder. He and his partner dig deep to solve a mystery where the clues are hard to come by. The suspects include the dead man’s eccentric family, who all seem more than capable of murder but have got solid alibis. Can Detective Knox solve his toughest case yet? And will he keep his cool under the spotlight of the press and the dark city? Find out in Dark City, Christopher Colavito’s brilliant detective mystery.
Posted by NOT SO NOBLE BOOKS at 12:54 No comments: 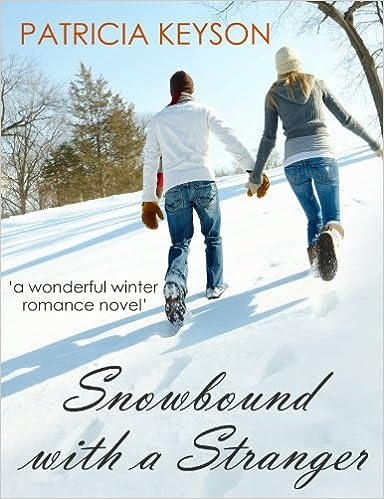 “I read well into the night to find out if Megan would end up with Jamie, after they are snowed in together in beautiful Scotland. Curl up with this great book in front of a nice log fire!” Ann Devon “Well written and a great read, this is a compelling romance novel.” Beth Boyd, bestselling author of Love“A delightful winter romance that will warm your heart on a cold night. Made me wish I was snowed in with a cute guy.” Sarah Williams A brilliant romance novel with a wonderful winter setting, which you won’t be able to put down Far from spending a cosy Christmas with her highflying boyfriend the arrogant Douglas, aspiring actress Megan finds herself snowbound in a cottage in the beautiful but frozen Highlands of Scotland. Prepared to wait until the snow melts, Megan is surprised by a knock on the door by the handsome Jamie, also stranded in the snowy wilderness. With little in the way of Christmas treats to share between them, they survive and prosper with Jamie's wit and Megan's creativity. But come the melting of the ice and a return to the real world, will they find a way to continue the fun they shared in each other's company? Patricia Keyson is the best-selling author of: FALLING FOR A STAR: “This is a wonderful romance novel, with an interesting take on the fairy-tale romance with a movie star.” A FAMILY SAGA "A wonderful read, emotional and good story." THE MAGIC TOUCH Victorian Historical Romance Novel LAW OF ATTRACTION A romantic historical novel set in the 1950s HOLIDAY ROMANCE A summer reads romance fiction bestseller DANGER FOR RED: a detective mystery CHERRY BLOSSOMS A wonderful romance novel with a spring setting SUZI LEARNS TO LOVE AGAIN "A feel-good romance, and a real page turner!" all available on Kindle now There are occasional free promotions on many of these books.
Posted by NOT SO NOBLE BOOKS at 12:47 No comments:

An epic historical novel filled with romance, intrigue, and adventure 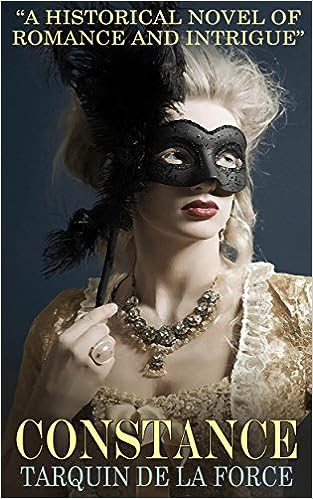 http://www.amazon.com/CONSTANCE-gripping-historical-romance-intrigue-ebook/dp/B00T883FDO/
“Constance is a rollicking tale of sex and intrigue set in the time of the French Revolution. It is a love story as well as a historical novel. I could not put it down.” Robert Darroch, Cybersydney and The Library of Life “A very detailed and believable historical novel with a rich eighteenth century background.” Beth Boyd “A must-read. Constance combines great romance with sumptuous history and adventure.” Ann Abrams A historical novel you won’t want to put down Contance is an aristocratic young woman in the time of Marie Antoinette and the French Revolution. A bad choice in an early love affair leads to terrible consequences. She finds herself torn between Sir Percy, a dashing English nobleman, and Alfonso, a Spanish count. But a dark secret threatens to tear her world apart as France descends into chaos and revolution. Constance is both a witness and participant in the great events of the age. Will Constance choose Sir Percy or Alfonso? And can she escape the terror of the Revolution? One amazing life. Two great loves. The world in revolution.
Posted by NOT SO NOBLE BOOKS at 12:44 No comments: 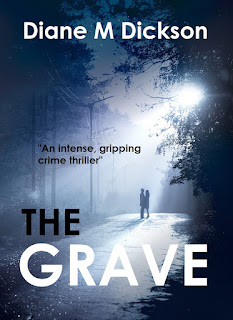 THE GRAVEA thriller by Diane Dickson

Bored of her dumb and abusive boyfriend, Sylvie develops a fascination for a strange man who lives on his own in the woods.
Local gossip says that he is rich but has a dark, secret past. When that past catches up with him and Sylvie is stuck in the middle, will she trust her heart and follow him, no matter the danger it brings?
Diane Dickson is the best-selling author of several gripping women's crime fiction titles available on kindle.
http://www.amazon.co.uk/dp/B00VVMC2FW/
http://www.amazon.com/dp/B00VVMC2FW/
Posted by NOT SO NOBLE BOOKS at 01:55 No comments: 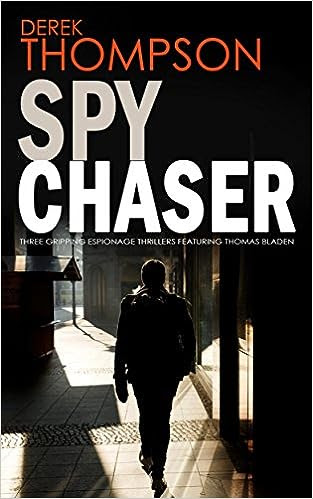 Three gripping spy thrillers set in a shadowy unit of the British government. Everything Thomas cares about is at stake, including the woman he loves.


For the first time ever, the three best-selling books featuring Thomas Bladen are available in one edition.
Follow Thomas Bladen’s heart-stopping journey to uncover the truth. It all starts when during a routine operation he sees a shooting which will expose a world of corruption and danger. When his on-again, off-again girlfriend Miranda is drawn into the conspiracy, Thomas must decide who he can trust to help him save her life.

In book two, when Amy Johanson is killed during a weapons test, Thomas and his partner Karl are determined to get to the bottom of what happened. But they are thwarted by dangerous and powerful forces. Thomas’s girlfriend Miranda and her family are once again put in harm’s way. Can Thomas get justice for Amy while navigating the shifting sands of espionage, big business, and the mystery of Karl’s past?

In book three, just when Thomas thought things had settled down, Miranda’s father calls in a favour. Thomas must investigate an attack on the loved one of a drug dealer. As he delves deeper he finds out the truth about Miranda’s past and his investigation will take him to the heart of the shadow state and endanger everyone Thomas cares about.

If you like John le Carré, Robert Harris or Ken Follett novels you will be gripped by this compelling espionage thriller trilogy

THESE BOOKS WERE PREVIOUSLY PUBLISHED SEPARATELY AS STANDPOINT, LINE OF SIGHT, AND CAUSE & EFFECT

PRAISE FOR THE THOMAS BLADEN SPY THRILLERS
“The story never lets up. It's one of those books that readers will thoroughly enjoy. Highly recommended. A must read novel. Don't miss out.” Bill

“Love the characters and the plots. Haven't read a series this good in years. Please keep writing them!” Jrbp

“What I like about British thrillers is that the great ones are realistic rather than glitzy. This story did not disappoint with its gritty detail and credible characters. It kept me hooked right through to the end. Great writing!” VC LONDON
Posted by NOT SO NOBLE BOOKS at 05:53 No comments: 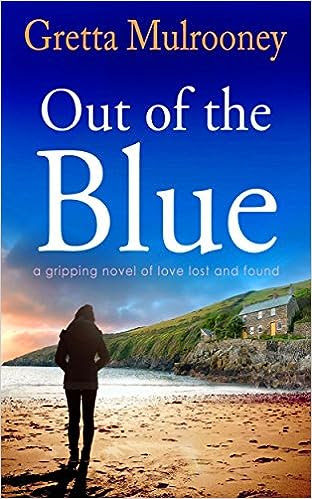 “Loved this gripping book. Well-written and the characters are very real seeming. What happens when you return to your first love? You’ll enjoy finding out in this page-turning women’s fiction.” Beth Boyd Will going back to a past love end up destroying everything? When Liv Callaghan inherits her grandmother’s cottage in Cork, Ireland, it offers escape from her marriage to her alcoholic husband Douglas. She travels back to the beautiful place where she spent idyllic childhood summer holidays. She learns to enjoy the challenge of living in the rustic cottage, which is without electricity or running water. But looming over her is a family secret that curtailed the summer visits of her youth. Unexpectedly she meets her first love, Aidan. But he’s married now and lives locally with his family. Twenty years ago he broke her heart, so what happens when they get the chance to rekindle their relationship? Can you ever go back and what are the consequences for those close to you? This is a wonderfully engaging novel of love, family, learning about yourself and your past, and finding independence. Great for people who like Hilary Boyd, Jodi Picoult, Anne Enright, or Elena Ferrante PRAISE FOR GRETTA MULROONEY'S PREVIOUS BOOKS: ARABY 'Mulrooney has a real gift for dialogue, the words and phrases ring true and make her characters wonderfully real… A tenderly funny and genuinely moving piece. I loved it.’ Fiona Morrow, Time Out ‘A beautifully observed study of reconciliation, Araby makes astute points about conflict and shifting values between generations.’ James Eve, The Times ‘I loved it. It’s such a sweet story, without being in the least sentimental. There are moments when the reader is absolutely there, so acute is this novelist’s ear and eye.’ Margaret Forster MARBLE HEART 'All of this is wickedly, sharply amusing. But when they really join the party with an act of meaningless terror, Mulrooney shows how constructive and contagious that situation was. And as Nina slowly takes the sweet-natured Joan as her final victim, Marble Heart proves itself to be an excellent lesson in the difference between cleverness and wisdom.' The Times 'Mulrooney slows the pace leading to the shocking denouement by deftly layering each chapter with different character's voices. She shows herself to be an acute observer of all the intricacies that comprise female friendship. By making her readers wait, she not only heightens the gripping tension of her story but positions us with Joan and Nina, who are also waiting - Joan patiently [so she] may be married; Nina fearfully, for her secret crime to be brought into the open.' Time Out
Posted by NOT SO NOBLE BOOKS at 10:41 No comments:

Email ThisBlogThis!Share to TwitterShare to FacebookShare to Pinterest
Labels: gretta mulrooney, out of the blue 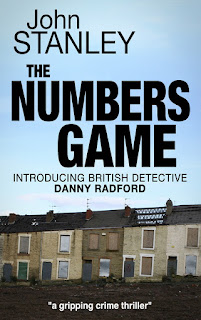 A serial killer is leaving bodies in a housing estate marked for demolition. Will Superintendent Danny Radford and his team catch him before the property developers get their way and destroy the evidence?

A classic whodunnit with a fresh modern twist. 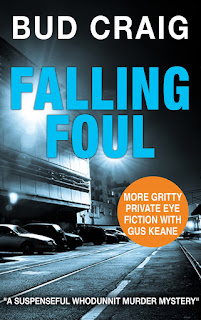 When Private Investigator Gus Keane’s friend is wrongly accused of murder he must act quickly to discover the truth.
FALLING FOUL is one of a series of gripping private eye murder mysteries set in the northern industrial British city of Manchester. 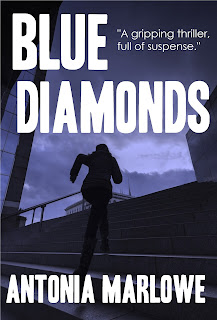 Chloe’s new life in Australia looks set to improve when she meets handsome businessman Tom Wentworth. But not everyone wants it that way, and when a jealous and vengeful figure from the past tracks her down, everything is thrown in turmoil.

Posted by NOT SO NOBLE BOOKS at 08:12 No comments: