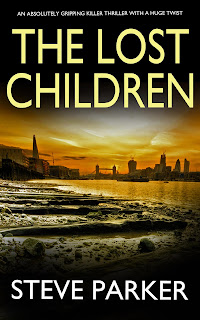 THE LOST CHILDREN by Steve Parker

https://www.amazon.ca/CHILDREN-absolutely-gripping-killer-thriller-ebook/dp/B07GVM35MP/ CAN 0.99
Discover a crime thriller full of shocking twists by one of the most exciting new authors you’ll read this year.

A MAN SHOT DEAD IN THE STREET. BUT WHAT THE POLICE FIND NEARBY IS FAR WORSE.

An elderly African man is found dead in the street, shot through the head. The killing has the hallmarks of a professional assassin. Dumped in a waste binnext to the dead man is the dismembered torso of a child.

They must hunt down a ruthless killer with connections that go far beyond anything they’ve ever encountered before.

Within days they know who committed the murders and why, but are left reeling when they are ordered by the government to release the child’s killers.

FINDING THE KILLERS WASN’T THE HARD PART. BRINGING THEM TO JUSTICE IS.

This is the second in a series of action-packed, edge-of-your-seat crime thrillers, with an ending that will have your heart in your mouth.

What readers are saying about THE LOST CHILDREN

“A really good thriller to keep you on the edge of your seat.” Barbara

“I was up until 2am as I couldn’t read it quick enough.” Carole

“The differences between the two detectives works so well ... they are so much alike ... but yet are miles apart in others” Linda Strong

“I couldn't turn the pages fast enough. I was hooked right from the start.” Sue

“A great energetic read.” Michele
This is the second in a series of action-packed, edge-of-your-seat crime thrillers, with an ending that will have your heart in your mouth.

TWO DETECTIVES WHO HATE EVERYTHING ABOUT EACH OTHER MUST WORK TOGETHER.

Detective Superintendent Ray Paterson is a young and (thanks to family money) wealthy womaniser, separated from his model wife and tipped to be the youngest ever commissioner of police. He knows he’s weak when it comes to practical policing and struggles to find a place among his peers, desperate to be a good policeman and not just a 'climber'.
Detective Inspector Johnny Clocks is a foul-mouthed, working-class officer. He grew up surrounded by rogues and villains to become a first-class thief taker with the Met police. However, his childish attitude has short-circuited his career and he spends his days antagonising as many people as he can.

THE AUTHOR
Steve Parker is a retired police officer who served for 20 years in numerous high-profiles squads.
THE SETTING
Bermondsey is an area of London nestled on the banks of the River Thames. It once had a reputation for housing more armed robbers, murderers and career criminals than anywhere else in the country. Now one of the most upmarket places to live and work in London, it has all but severed itself from its working-class roots. Home to the iconic Tower Bridge and crammed with expensive apartments, art galleries, fancy restaurants and famous residents. But for the police, those who truly know, Bermondsey never lost its roots . . . or its reputation.
DETECTIVE RAY PATERSON
Book 1: THEIR LAST WORDS
Book 2: THE LOST CHILDREN
Posted by NOT SO NOBLE BOOKS at 02:31 No comments:

MURDER AT MIDNIGHT by Faith Martin 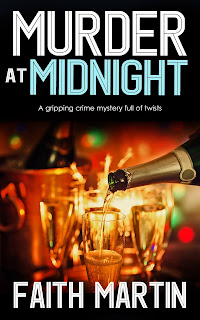 Delighted to present to you the eagerly awaited next Hillary Green book, just in time for the bank holiday if you're in the UK! This is book 15. Two to go!MURDER AT MIDNIGHT by Faith Martin https://www.amazon.co.uk/MURDER-MIDNIGHT-gripping-mystery-twists-ebook/dp/B07GTXTJZN UK £1.99https://www.amazon.com/MURDER-MIDNIGHT-gripping-mystery-twists-ebook/dp/B07GTXTJZN/ USA $2.99https://www.amazon.com.au/MURDER-MIDNIGHT-gripping-mystery-twists-ebook/dp/B07GTXTJZNAUS $3.99 https://www.amazon.ca/MURDER-MIDNIGHT-gripping-mystery-twists-ebook/dp/B07GTXTJZN/ CAN $2.99Please note we are working to get the paperbacks issued of all Faith Martin Books, and hope to have the issue resolved this year. Thank youLooking for a brilliant best-selling murder mystery with a feisty female detective?DETECTIVE HILLARY GREENE IS SOLVING THE COLD CASES NO ONE ELSE COULD CRACK.PLEASE NOTE THIS IS A REVISED EDITION OF A BOOK FIRST PUBLISHED AS “A NARROW VICTORY.”Felix Olliphant was found stabbed to death at a New Year’s Eve costume party for the turn of the millennium.Seemingly liked by everyone, motives for his murder are hard to find. There was one suspect, but no evidence.Hillary struggles to solve this baffling case. And she has to contend with a new colleague, Jake Barnes. Young and rich, he says he wants to give something back to the community, but Hillary has her doubts.Will Hillary finally be defeated by this cold case and will she lose her boss and love interest to a new job?Hillary Greene has returned to Thames Valley Police HQ, acting as a cold-case consultant for the Crime Review Team, looking into murders which the police have never been able to solve.She wasn’t sure she wanted to go back. But solving crimes is irresistible for Hillary Greene. And it doesn’t hurt that her new boss is devastatingly handsome.This is a crime mystery full of well-observed characters, which will have you gripped from start to the absolutely thrilling conclusion. What readers are saying about MURDER AT MIDNIGHT“Another brilliant read.” Olga“Keeps you guessing to the end.” Rita“The final sentence in this book has me salivating for the next one! ” Linda Strong“Kept me gripped from the beginning and I could not put it down.” Barbara“I absolutely love this series.” NerysTHE DETECTIVEDI Hillary GreeneAn attractive, single woman nearing the landmark age of fifty, Hillary Greene was a police officer of many years’ experience (earning the rank of DI) and came up through the ranks. Consequently, she knew how the system worked, and was always fiercely loyal to the force without being blinkered to its faults. Forced to retire early through no fault of her own, she has now returned to the force as a civilian consultant on cold cases. She still enjoys a rather enigmatic relationship with the wily Commander Marcus Donleavy, but it is her new boss, the very attractive Steven Crayle, who is likely to cause her the most problems now!PLEASE NOTE THIS IS A REVISED EDITION OF A BOOK FIRST PUBLISHED AS “A NARROW VICTORY.”DI HILLARY GREENE SERIESBOOK 1: MURDER ON THE OXFORD CANALBOOK 2: MURDER AT THE UNIVERSITYBOOK 3: MURDER OF THE BRIDEBOOK 4: MURDER IN THE VILLAGEBOOK 5: MURDER IN THE FAMILYBOOK 6: MURDER AT HOMEBOOK 7: MURDER IN THE MEADOWBOOK 8: MURDER IN THE MANSIONBOOK 9: MURDER IN THE GARDENBOOK 10: MURDER BY FIREBOOK 11: MURDER AT WORKBOOK 12: MURDER NEVER RETIRESBOOK 13: MURDER OF A LOVERBOOK 14: MURDER NEVER MISSESBOOK 15: MURDER AT MIDNIGHTBooks 16-17 coming soon!Join the Joffe Books mailing list to be the first to hear about new releases.
Posted by NOT SO NOBLE BOOKS at 02:05 No comments:

NEW RELEASE: THE OTHER VICTIM by Helen H. Durrant 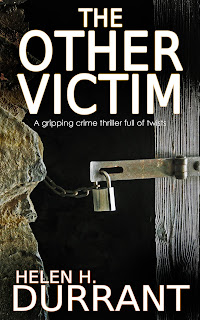 A BRAND NEW DETECTIVE MYSTERY FROM #1 BEST-SELLING AUTHOR HELEN H. DURRANT
Ronald Potter is found dead on the kitchen floor of a house he was about to show a client around. Ronald led a blameless life and Detective Matt Brindle and the team cannot find any motive for his murder.
But an intensive search of the property leads to a very disturbing discovery in the cellar.
Meanwhile, a young mother is being held captive by someone who will stop at nothing to get the information they want.
DI Matt Brindle discovers connections to organised crime and a sleazy night club. Can he expose the villains before any more people die?
This is a detective mystery full of twists and turns, with a stunning edge-of-your-seat ending.
If you like Angela Marsons, Rachel Abbott, Mel Sherratt, Ruth Rendell, or Mark Billingham you will enjoy this exciting new crime fiction writer.