NEW RELEASE: A LOVER TOO MANY by ROY LEWIS

A LOVER TOO MANY by Roy Lewis 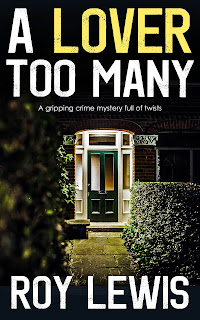 
Looking for a classic murder mystery from an acclaimed crime writer?

Discover Inspector Crow of Scotland Yard. Enjoy a beautifully told story from a time before smart phones and DNA testing. Full of twists and turns, this will have you gripped from start to finish.

“Builds up to a good climax and keeps you reading.” The Observer

“If you have never had the pleasure of reading a mystery by Roy Lewis, you are in for a huge treat. Do yourself a favor and pick up “A Lover Too Many,” and any subsequent books by Roy Lewis. You might find other writers as good, but you will not find anyone better.” Barbara Bernstein

Peter Marlin’s wife is found strangled and he becomes the prime suspect.She’d only just returned from an unexplained absence of several months. And during that time, Peter had found a new lover. Everything points to the husband but there’s no real proof.

Inspector John Crow is called in to help the local police. But his new colleagues aren’t keen on an outsider. And Crow must solve the case before anyone else dies.

This fast-paced mystery will have you enthralled from the start. Set in England in the late 1960s, this is the first book to feature Inspector John Crow. More coming soon.

DISCOVER YOUR NEXT FAVOURITE MYSTERY WRITER

Roy Lewis is one of the most critically acclaimed crime writers of his generation.

“Each Lewis seems to better the last. Here is an intriguing puzzle and likely police work and a fine picture of Northumbrian society and countryside” The Times

“A thorough, unpretentious and immensely solid piece of work with an interesting and likeable hero” Times Literary Supplement

THE DETECTIVE
Skeletally-built, mild-mannered Inspector John Crow is established in the Murder Squad in London and constantly meets hostility when he is called upon to work on murder cases in regional crime squads in Wales and the Midlands. He displays strong moral feelings, and a sensitivity which brings him into conflict with regional staff as he doggedly and successfully pursues the truth in cases where he is called in.

https://www.amazon.ca/LOVER-gripping-crime-mystery-twists-ebook/dp/B07H96GCTT/ CAN 0.99
Posted by NOT SO NOBLE BOOKS at 03:13 No comments: 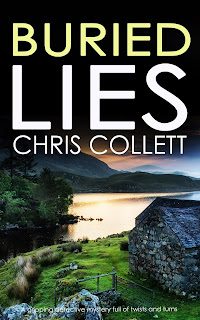 Do you love gripping mysteries with great characters?

THIS IS A REVISED EDITION OF A BOOK FIRST PUBLISHED AS “BLOOD AND STONE.”

Detective Inspector Tom Mariner goes to the beautiful Welsh countryside to recover. But he finds himself caught up in a murder investigation . . . and he’s the prime suspect.

Grieving the death of his former lover, all Mariner wants is some peace and quiet. But his walking holiday is ruined by the discovery of a body in the woods.

The remote stone farmhouses of this beautiful valley hide many buried secrets.

As more bodies are discovered, can Mariner clear his name and avoid becoming the next victim?

Discover an absorbing crime mystery with an action-packed conclusion.

Perfect for fans of Peter James, Ian Rankin and Peter Robinson. This is the sixth book in the DI MARINER SERIES, more books coming soon!

“A clever plot with plenty of twists and turns to keep the reader guessing.” Barbara

“What a great book.” Lesley

THE SETTING
Birmingham is a city of stark contrasts with a rich cultural and historical heritage. Playing a key role in the industrial revolution, it helped shape the nation’s manufacturing industry

But with its many green spaces, Birmingham also borders on the beautiful countryside of Worcestershire and Warwickshire, is just a few miles from Stratford on Avon and a short drive from the wild country of mid-Wales.

Birmingham’s population is large and ethnically diverse, and while urban regeneration has forged a modern and culturally vibrant city, the decaying remnants of the industrial past and 1960s concrete jungle give it a unique and gritty character; the dark underbelly policed by DI Tom Mariner and his team.

THE DETECTIVE
Detective Inspector Tom Mariner is, on the surface, an average dedicated policeman, but his experiences as a younger man have given him an insight into life on the dark side, and a clear sense of right and wrong. Mariner has little interest in material things. He lives in a modest canal-side cottage, enjoys the occasional (real) beer and game of dominoes and drives an old car. He is most at home in the outdoors, with an OS map and a compass, and in times of crisis, will take off and walk for miles in any weather.

THIS IS A REVISED EDITION OF A BOOK FIRST PUBLISHED AS “BLOOD AND STONE.”