MURDER AT HOME by Faith Martin

MURDER AT HOME by Faith Martin 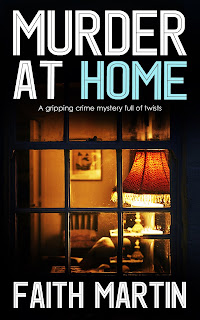 Looking for a brilliant best-selling murder mystery with a feisty female detective? Discover one of the UK’s most popular detective series.
Meet DI HILLARY GREENE, a policewoman struggling to save her career and catch criminals.
Flo Jenkins is found murdered in her armchair, a paperknife sticking out of her chest. The old woman was well liked and nothing seems to have been stolen from her home. And it was common knowledge that she only had weeks to live.
Why kill a dying woman? This is going to be one of the toughest cases yet for Hillary to solve.
Hillary also has to deal with a new colleague who has a terrible temper and a rocky past.
With no forensics, no leads, and only a drug-addict nephew as a suspect, will this be Hillary’s first failure to solve a murder case?
This is a crime mystery full of well-observed characters, which will have you gripped from start to finish.
MURDER AT HOME is the sixth in a series of page-turning crime thrillers set in Oxfordshire.
Perfect for fans of Agatha Christie, Colin Dexter, or Ruth Rendell.
What readers are saying about MURDER AT HOME
“This is the best of the DI Hillary Greene books yet.” Hannelore Cheney
“Will have you guessing up to the last minute.” Barbara
“This was a brilliant book, Faith Martin’s best one to date, it was a cracking read. I am giving it a gigantic 5 stars.” Dawn Jones
“Each one seems to get better and better. DI Hillary Greene is one of my favorite characters. She's feisty, but fair, and has overcome a lot to get where she is now.” Linda Strong
THE LOCATION
Set in the town of Bicester. England is famous for its picturesque and unique market towns, many of which date back to the Middle Ages, or even further. Traditionally, they were places where farmers met to trade livestock, buy supplies and sell their arable goods. Nowadays, modern markets are often still held in the streets, and in Bicester, where this novel is set, a ‘street market’ happens every Friday. The main street is in fact called Sheep Street, and a modern sculpture of a cluster of sheep pays tribute to the town’s history. Often these old market towns are lined with architecture that spans the centuries — from timber-framed Elizabeth houses, through to the classical lines beloved of the Georgians, to the more ornate houses favoured by the Victorians. Quiet, attractive and often full of character, these old market towns are very desirable places to live.
PLEASE NOTE THIS IS A REVISED EDITION OF A BOOK FIRST PUBLISHED AS “WITH A NARROW BLADE.”
DI HILLARY GREENE SERIES
BOOK 1: MURDER ON THE OXFORD CANAL
BOOK 2: MURDER AT THE UNIVERSITY
BOOK 3: MURDER OF THE BRIDE
BOOK 4: MURDER IN THE VILLAGE
BOOK 5: MURDER IN THE FAMILY
BOOK 6: MURDER AT HOME
Books 7-11 coming soon!
Posted by NOT SO NOBLE BOOKS at 03:01 No comments:

NEW RELEASE: BEWARE THE PAST by Joy Ellis 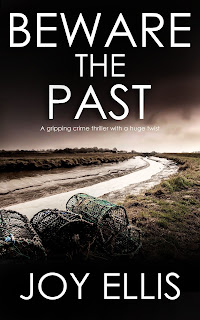 https://www.amazon.co.uk/dp/B078GWN38X/ UK only 99phttps://www.amazon.com/dp/B078GWN38X/ USA only $0.99https://www.amazon.com.au/dp/B078GWN38X AUS only 0.99WHAT READERS ARE SAYING ABOUT BEWARE THE PAST“I think I forgot to breathe every now and then while I was reading and really begrudged having to put the book down.” Barbara“A simply brilliant book, so many twists and turns, I had no idea what to expect at any time.” Janet“The suspense starts on Page 1 and continues through the twists and turns until the very surprising ending.” Linda Strong“OMG, this book was fantastic I absolutely loved it. I was gripped from the first page but as the tension and suspense mounted throughout the book it just got better and better and that ending, well just WOW!” Dawn Jones“Gripping from beginning to end.” Olga“Without doubt Joy Ellis' best yet, this from someone who has read all of the Ellis novels.” Ron“Full of suspense, many clues and leads that only lead to dead-ends. Interesting characters with a past and buried secrets.” Missmesmerized

ONE TERRIBLE CASE ALWAYS HAUNTED DETECTIVE MATT BALLARD. NOW MANY YEARS LATER, THE KILLER SEEMS TO BE BACK. AND THIS TIME HE’S AFTER MATT.

When Matt Ballard was starting out his career, three boys were murdered in the same area, the remote and bleak Gibbet Fen. When the main suspect was killed in a hit-and-run, the killings stopped. But Matt was not satisfied that the real murderer had been caught.

Over 25 years later, Matt gets a photo in an unmarked envelope. It’s of the Gibbet Fen crime scene. And the picture was taken before the murder took place.

A KILLER WHO WILL STOP AT NOTHING TO DESTROY A DETECTIVE.

Then another murder happens with some of the hallmarks of the old case. Has the killer returned or is this just a sick copycat determined to ruin Matt’s life and reputation? Everyone around Matt is in danger as the killer plays mind games with the detective.

In an absolutely breathtaking conclusion, Matt and his team, race against time to stop a vicious killer who knows no limits.

The Setting
England's rural fenland is a strange place, with its never-ending fields, winding tracks, and long straight droves (the old livestock routes) that lead to nowhere. The lonely lanes are flanked either side by deep drainage ditches and are, for a good part of the year, filled with tall, whispering reeds. Closer to the Wash, high seabanks form a barrier between river and marsh, and the richly fertile soil of the drained land. But when the mists come down, as they so often do, perspective is destroyed and all sense of direction lost, and then the fens become a rather frightening place of mystery and danger. Somewhere that you do not want to be at night.

Posted by NOT SO NOBLE BOOKS at 02:35 No comments: 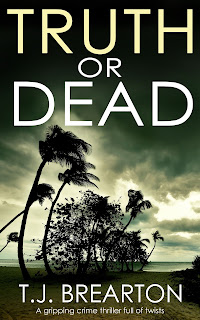