NEW RELEASE only 99p for a limited time only! Something different from Joy Ellis! 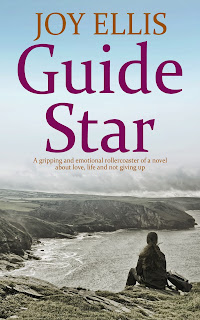 WHO DO YOU TURN TO WHEN LIFE GOES WRONG? WHO IS YOUR GUIDE STAR?

What readers are saying about GUIDE STAR

“This was a big change for Joy Ellis and grabbed my attention immediately with her thoughtful sensitive story. “ Claudia Hopkins

“What a beautiful book. Well written, engrossing without becoming sloppy and over sentimental. I thoroughly enjoyed it” Aileen Grist

“Guide Star is a story about family, friendship, acceptance and fresh starts.” Mandie

“An emotional rollercoaster of a read that you just can’t put down!” Lisa Hardy

Stella won’t give up, but she doesn’t know how to go on.

Stella North, a rising star in the police, has her life torn apart by a gunman’s bullets. She has often faced danger, but these injuries mean she must give up the job she loves. Her grandmother Beth is her rock. And Beth is no ordinary woman. At seventy, she runs marathons and has a past that Stella knows very little about.

Beth calls in her friend Michael to help with Stella’s recovery. But this man means a lot more to Beth than she reveals. And Stella’s ex-husband Edward and old police partner Robbie want to help, but Stella puts up emotional barriers, and they have problems of their own. Her old friends from her days of Urbex (exploring old abandoned buildings) offer a glimmer of hope for the future.

Will Stella find the strength to overcome the challenges of her new life, and will her grandmother at last resolve the deep emotional turmoil of her past?

By UK #1 best-selling author, Joy Ellis, this is a gripping and emotional departure from her acclaimed crime fiction, full of engaging characters who will take you on a journey of recovery.

Don’t miss out, discover a book everyone's talking about!
Posted by NOT SO NOBLE BOOKS at 04:06 No comments: 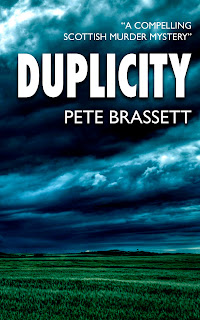 A local businessman disappears during a meal shared by old friends. When he is later found dead, DI Munro must cut through a densely-woven web of deceit to find out why.

The Carduccis and the Buchanans have been best of friends for years, but simmering under the surface are long-held jealousies and disagreements that only the criminal affairs of the men have kept at bay.

When, during a meal, Angus Buchanan steps out of the house to fetch a bottle of wine from the car and subsequently disappears, the police are quickly informed. But when the most likely explanations are ruled out, detectives Munro and West are called upon to investigate possible foul play.

When Buchanan is later found, having suffered a violent death, pathology rules out natural causes and it becomes clear that a terrible murder has occurred.

Faced with the lack of real cooperation from the parties involved, who are clearly protecting their nefarious business interests, the man responsible for Buchanan's death is found relatively quickly. But when he pretty much laughs in the face of the detective's accusations, Munro and West realise that there must be much bigger fish to fry.

In an investigation that takes them as far afield as >b>Oslo, Norway, and into the past of a troubled Polish man, Munro's dream of a tranquil life in the countryside is further put on hold, and the ever ravenous Charlie West, must continue to battle the ways and mores of a Scottish backwater without losing her cool.

With more red herrings than a Norwegian fishing boat in the sunset, DUPLICITY is a highly entertaining cosy Scandinavian-style murder mystery that will appeal to anyone who enjoys a gripping read where guessing the identity of the murderer is key.

DUPLICITY is the fourth novel by Pete Brassett to feature Detective Inspector James Munro and Detective Sergeant Charlotte West. Look out for SHE, the first in the series, followed by AVARICE and ENMITY. The books can be enjoyed as stand-alone titles or as part of a series.

All these books are available on Kindle Unlimited and the previous titles, as DUPLICITY will soon be, are also available in paperback.

Posted by NOT SO NOBLE BOOKS at 05:04 No comments: 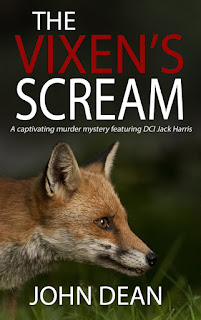 When a sleepy hillside town is beset by a spate of burglaries followed by a murder, Detective Jack Harris must quickly uncover the link between them.

A series of blood-curdling screams heard in the dead of the Cumbrian night has a London woman new to the area convinced that a murder has occurred.

When a body of a young woman is in fact found, rumours quickly spread that a serial killer is at work in the small Pennine community of Levton Bridge.

When the clues do indeed begin to point to a connection with other missing women, the pressure from on high to find answers increases ten-fold.

Fighting the media circus’s constant attempts to thwart the investigation, detective Jack Harris must also battle the confusion and doubts among his own team in order to find the killer.

THE VIXEN’S SCREAM is the second book by John Dean to feature DCI Jack Harris. Look out for the first, DEAD HILL. These books can be enjoyed on their own or as part of a series, in no particular order.

Posted by NOT SO NOBLE BOOKS at 09:05 No comments: 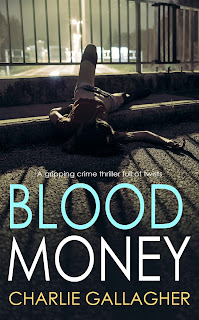 Tony Robson faces this choice when he’s told he needs £3000 per month to carry on the life-saving experimental treatment for his son’s rare disease.

So Tony gets in touch with the criminal element in town. And they have a well-paying job for him . . .

And that decision will blow up everything for the Langthorne Police.

One of the tensest, most authentic police thrillers you will read this year. Full of twists and turns, you won’t want to put this down until the shocking conclusion.

If you like Angela Marsons, Rachel Abbott, Ian Rankin or Mark Billingham you will be gripped by this exciting new crime fiction writer.

What readers are saying about Charlie Gallagher’s books

“I was hooked from page 1.” Maggie

“Charlie Gallagher is a police detective which means police procedures are spot on. His cast of characters are believable.” Elizabeth Burns

“It's one of the most exciting, fast-paced crime novels that I've read” GreatStuff

“Probably the best police procedural books I have read, and I have read a lot.” W. Collins

THE SETTING
Langthorne, typical of many smaller seaside towns dotted around the UK's coastline. Once a thriving tourist destination, where the affluent built grand seafront houses, it has suffered a hard fall from grace. Unemployment has blighted the area and so has crime.

THE DETECTIVES
George Elms joined the police pretty much straight out of school and now in his mid-thirties, he’s been getting in the faces of criminals for over fifteen years. Well known and respected on both sides of the line, he was responsible for running a team working the crimes that come out of one of the county’s most notorious housing estates. He is married to Sarah and they have a little girl. His boss is Helen Webb, a ruthless woman with secrets to hide.

This is book three of the Langthorne series. It is recommended that you read the series in order.