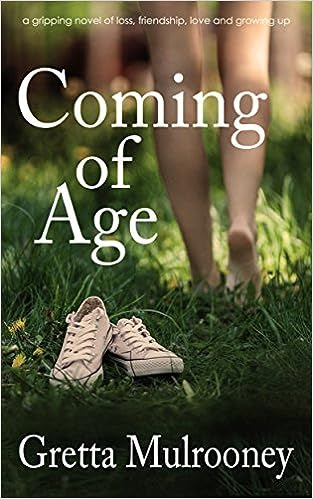 Posted by NOT SO NOBLE BOOKS at 06:12 No comments: 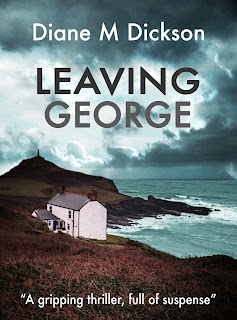 A captivating suspense thriller to download right now!
http://www.amazon.com/dp/B00SVY34YG/
http://www.amazon.co.uk/dp/B00SVY34YG/
Pauline is in hiding in a remote cottage. She has left her excuse for a husband and is planning a new life elsewhere. But something isn't right, someone is watching her, someone is out to get her...
“If you read only one book this year, pick this unputdownable thriller that will keep you guessing until the end.” Claire Harris
“Just when you think you know what will happen there is a clever twist!” Donna Sedley
“An engaging and thought provoking psychological thriller.” Eva Johnson
She made a carefully planned getaway that she thought left no trace...
After twenty years of hell, Pauline decides to leave her abusive husband. Her escape has been meticulously planned so that he will not be able to find her.
In her temporary hideaway on the Cornish coast, Pauline begins to relax and enjoy life again exploring the beach and taking in the simple rural charm. She plans a new life and savours her new found freedom.
Then some strange things begin to happen which make her question her choices.
When her past does catch up with her, it will not be at all what she is expecting.
Follow Pauline's journey in this gripping, suspenseful thriller you will not be able to put down.
Diane Dickson is the author of several crime thriller and suspense novels, all of which are available exclusively on Kindle. They include PICTURES OF YOU, LAYERS OF LIES, WHO FOLLOWS, THE GRAVE and the exciting new release of three novellas in one, KNOCK, KNOCK, YOU'RE DEAD.
Posted by NOT SO NOBLE BOOKS at 05:16 No comments: 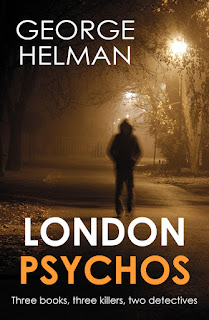 FREE THIS WEEK ON KINDLE

Three serial-killer crime fiction novels in one edition
http://www.amazon.com/dp/B01CRJADEO/
http://www.amazon.com/dp/B01CRJADEO/
Three gripping police procedural novels set in London, featuring detectives Dave McDonald and Shirley Palmer who tackle three separate serial killers. McDonald's encounter with the first, Richie Henders, who is convinced old people are evil and kills several, leaves the detective scarred, and his deteriorating mental health threatens the investigations that follow.
"Stunning books, excellent value. I didn't want them to end!"
THREE GRIPPING SERIAL KILLER POLICE PROCEDURAL NOVELS SET IN LONDON
Follow Detective Inspector Dave MacDonald and Detective Sergeant Shirley Palmer in three separate stories as they tackle three serial-killers terrorising England.
In the first novel, ONLY THE GOOD DIE YOUNG, after a head injury sustained fighting him, the voices of serial killer Richie Henders get into Dave MacDonald’s head. Soon the detective’s own mental health begins to deteriorate.
Young Shirley Palmer has to step up to the plate to help her senior officer, as he fails to deal with the strain. But being a black woman, she is up against it and has to fight prejudice in the force.
MacDonald’s strange, delirious behaviour gives him crucial insights into the killer’s mind in the second book, MORE THAN EVEN. However, it is Shirley Palmer’s steady police work that will bring a vengeful and deranged murderer to justice.
In ONE UP ON YOU, Macdonald is by now losing his job and Palmer is up for promotion. Their superintendent demands ever more of the team when joggers start to go missing in London’s parks. Palmer must trust Dave but makes a crucial mistake that puts everything in jeopardy.
If you enjoy edgy crime fiction that really connects with the culture of its setting, look no further than these gripping novels based in one of the world’s most dynamic, diverse and mysterious cities.
Posted by NOT SO NOBLE BOOKS at 05:33 No comments: 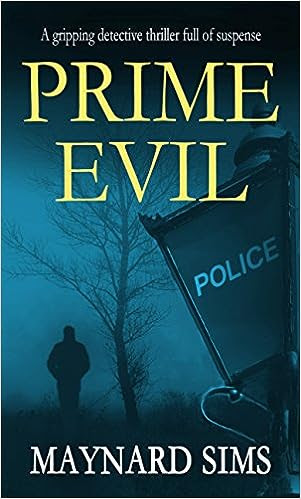 A FAST-PACED MURDER MYSTERY FULL OF TWISTS AND TURNS

A tortured body is found hanging from a tree DCI Jack Callum leads the investigation into this puzzling crime. The clues lead him tantalisingly close to the answer but without cracking the case. Why was the man killed? What were his links to London gangland bosses? When an unsolved murder is uncovered that seems to be connected, Jack must use his team to their full strength to separate the innocent from the guilty. Jack also faces a challenge he never expected as he is accused of an improper relationship with a colleague. You’ll love the period detail and settings of this fast-paced mystery which reaches a sensational climax in the seedy streets of London. If you like Robert Galbraith, Rachel Abbott, Ruth Rendell, or Mark Billingham you will be gripped by this exciting new crime fiction writer. Full of excitement and twists and turns PRIME EVIL is the second in a new series of crime thrillers set in the 1950s, featuring DCI Jack Callum. He’s an ordinary policeman in an ordinary English town. The crimes he investigates are far from ordinary. Jack Callum has a keen mind and is passionate about his job and family. He doesn’t believe in capital punishment but has caught a few villains whose life has come to an end on the gallows. Available now: NO EVIL, the first Jack Callum mystery A girl's body is found. Her eyes, ears, and mouth have been sewn shut DCI Jack Callum leads the investigation into this gruesome crime which shatters the peace of a sleepy 1950s English town. Images of three monkeys are sent to the police to taunt them: see no evil, hear no evil, speak no evil.
Posted by NOT SO NOBLE BOOKS at 05:46 No comments: