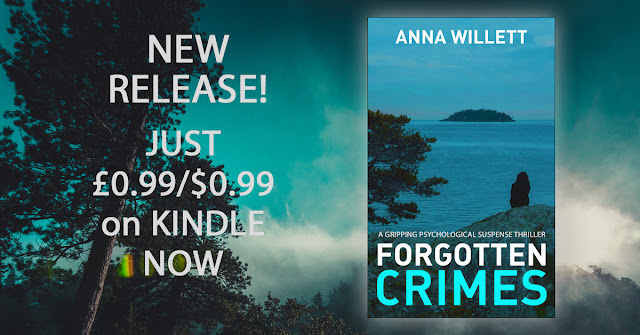 A young woman is forced to face up to the truth of her past...

Gloria is heading to meet her friend Rhetty in a bar. Once close, the two friends have drifted apart. Rhetty is different now, a shadow of her former self, and it all goes back to an incident that occurred four years ago.

They meet at the same bar as always. It’s a sleazy venue. Gloria is uncomfortable there. She has a recollection of something terrible happening at the place, but can’t recall any details.
Rhetty is agitated. She tells Gloria something that can’t be true. That another acquaintance of theirs, a bolshie woman called Joanna, is back on the scene. It can’t be true because Joanna died four years ago.

What is Rhetty trying to achieve when she convinces Gloria to return to where Joanna died? And why is Gloria, despite her reservations, ready to go along with her? Why did Joanna die, and how is it possible she could return?

FORGOTTEN CRIMES is a psychological thriller that will keep you turning the pages. It has a huge twist that you won’t suspect. If you enjoyed Paula Hawkins’ THE GIRL ON THE TRAIN, or like thrillers by STEPHEN KING, you’ll love this book.

FORGOTTEN CRIMES is the fourth book by Australian author Anna Willett. Check out her first book BACKWOODS RIPPER, or read the prequel to it included in this book, and her others: RETRIBUTION RIDGE and UNWELCOME GUESTS.

(FREE with Kindle Unlimited, out soon in paperback)
Posted by NOT SO NOBLE BOOKS at 08:26 No comments:

NEW! MURDER IN THE GARDEN by Faith Martin.

MURDER IN THE GARDEN by Faith Martin.
UK https://www.amazon.co.uk/MURDER-GARDEN-gripping-mystery-twists-ebook/dp/B079Z1WXTY/ 99p 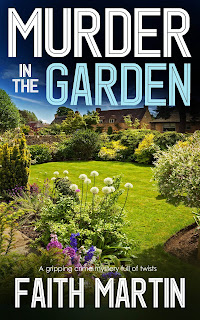 USA https://www.amazon.com/MURDER-GARDEN-gripping-mystery-twists-ebook/dp/B079Z1WXTY/ $0.99
AUS https://www.amazon.com.au/MURDER-GARDEN-gripping-mystery-twists-ebook/dp/B079Z1WXTY/ 0.99
CANADA https://www.amazon.ca/MURDER-GARDEN-gripping-mystery-twists-ebook/dp/B079Z1WXTY/ref=pd_ecc_rvi_1 0.99
Looking for a brilliant best-selling murder mystery with a feisty female detective?
Meet DI HILLARY GREENE, a policewoman struggling to save her career and catch criminals.
Edward Philpott is found bludgeoned to death with his own spade in his beautiful garden. He lived with his daughter Rachel and his two grandchildren.
Hillary’s only lead is a rival from the village flower show who used to argue with the victim about the size of their vegetables. But what dark secrets from the past and present does this village hold?
Hillary has returned to work after the slaying of her boss and is desperate to track down his murderer. His pregnant widow is even more determined to get revenge, but will she go too far?
Can Hillary cope with two complex investigations full of extreme emotions, one of which is very close to home?
This is a crime mystery full of well-observed characters, which will have you gripped from the start to the absolutely heart-stopping conclusion.
MURDER IN THE GARDEN is the ninth in a series of page-turning crime thrillers set in Oxfordshire.
Perfect for fans of Agatha Christie, Colin Dexter, or Ruth Rendell.
What readers are saying about MURDER IN THE GARDEN
“Another highly enjoyable read.” Misfits Farm
“It starts at page one by getting you hooked and unable to put it down.” Viv
“A stunning read.” Olga
“Kept me glued to the book.” Barbara
“It is one the best police procedural series I have ever read.” Jennifer Copeland
THE LOCATION
The traditional and world-famous English country cottage garden. A beautiful and ornamental front garden, with a back garden given over to growing fruit and vegetables. Surrounded by hedges and an ancient wall, in summer it would be full of bees, birdsong, wildlife, and colourful flowers, complete with greenhouse, shed, compost bins and lawns.
THE DETECTIVE
DI Hillary Greene
An attractive woman in her forties, Hillary Greene is a police officer of many years’ experience, and came up through the ranks. Consequently, she knows how the system works, and is fiercely loyal to the force without being blinkered to its faults. Popular with the rank and file for her no-nonsense attitude and competence.
PLEASE NOTE THIS IS A REVISED EDITION OF A BOOK FIRST PUBLISHED AS “ACROSS THE NARROW BLUE LINE.”
DI HILLARY GREENE SERIES
BOOK 1: MURDER ON THE OXFORD CANAL
BOOK 2: MURDER AT THE UNIVERSITY
BOOK 3: MURDER OF THE BRIDE
BOOK 4: MURDER IN THE VILLAGE
BOOK 5: MURDER IN THE FAMILY
BOOK 6: MURDER AT HOME
BOOK 7: MURDER IN THE MEADOW
BOOK 8: MURDER IN THE MANSION
BOOK 9: MURDER IN THE GARDEN
Books 10-11 coming soon!
Posted by NOT SO NOBLE BOOKS at 03:40 No comments: 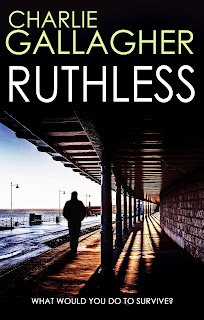 UK https://www.amazon.co.uk/RUTHLESS-gripping-gritty-crime-thriller-ebook/dp/B079NXJXHG/USA https://www.amazon.com/ruthless-gripping-gritty-crime-thriller-ebook/dp/B079NXJXHG/AUS https://www.amazon.com.au/RUTHLESS-gripping-gritty-crime-thriller-ebook/dp/B079NXJXHG/and by popular demand CANADA  https://www.amazon.ca/RUTHLESS-gripping-gritty-crime-thriller-ebook/dp/B079NXJXHG“This book gathers momentum as the pages roll by holding the reader in a vice-like grip from which there is no escape. A must read.” Greta“The suspense begins immediately.” Joyce Fox“5 Stars – Absolutely Gripping. ” Barbara“Shocking but compulsive reading.” Olga“Absolutely loved this, what a cracking story, and such a clever ending.” CaroleWhat would you do to survive in a world of ruthless criminals and drug dealers? Decide for yourself in this gripping and gritty thriller. Written by a best-selling serving police detective. This is Rhiannon’s story. She thinks she’s a good person but to stay alive in a very violent world she will be tested to the limit. Will Dryden wakes to discover his girlfriend Janey is dead from an overdose. Without his friend and partner in crime, he has nothing left to lose. Meanwhile, police are called to the scene of a car accident – date night gone tragically wrong for Melissa Cooper – and left to break the news to Mel’s teenage niece, Rhiannon. For Rhiannon, it’s a devastating loss. Now she’s on her own. Will and Rhiannon’s paths cross. Rhiannon gets sucked into the world of the drug dealers and falls into the sights of Aaron – the gang leader. He has a point to prove and is unhappy that he isn’t getting the respect he wants. Aaron takes brutal revenge when the police start to close in on him. Can Rhiannon stay alive and save herself and Will from the murderous Aaron? Who is ruthless enough to survive?This pulsating crime thriller takes you on an adrenaline-packed ride with a shocking end. Perfect for fans of Kimberley Chambers, Damien Boyd, Rachel Abbott, Patricia Gibney or Mark Billingham.THE AUTHORCharlie Gallagher has been a serving UK police officer for ten years. During that time he has had many roles, starting as a front-line response officer, then a member of a specialist tactical team and is currently a detective investigating serious offences.ALSO BY CHARLIE GALLAGHERMISSINGLANGTHORNE POLICE SERIESBook 1: BODILY HARMBook 2: PANIC BUTTONBook 3: BLOOD MONEYBook 4: END GAME
Posted by NOT SO NOBLE BOOKS at 03:46 No comments: 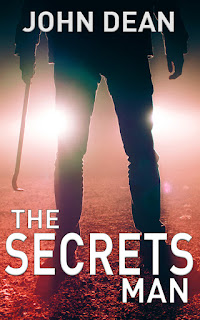 Whilst detective John Blizzard looks into a series of drug-related deaths, an old nemesis appears on the scene and threatens to cloud his judgement.


Frustrated with the slow progress of his colleagues’ investigation into the deaths of several youngsters on his patch, DCI John Blizzard takes over, determined to catch the drug pushers. In so doing, he stumbles across information that might help solve a murder that occurred when he first joined CID.

Many years ago, Des Fairley was shot dead after mouthing off about feared local villain Morrie Raynor. Now with Raynor’s old righthand man on death’s door, delirious, and in hospital, the detective is convinced he will reveal secrets about the unsolved crime.

Suspecting that Morrie Raynor, who he once put behind bars but is now free and at large, is linked to both cases, he rubs fellow officers up the wrong way when he insists on an unusual line of inquiry.
Against the wishes of his superintendent and increasingly at odds with his staff, desperate to catch Raynor, the detective puts the general hospital at the centre of his investigation. But will his instincts prove to be true, or is old age finally getting the better of the veteran crime solver.

Posted by NOT SO NOBLE BOOKS at 10:00 No comments: 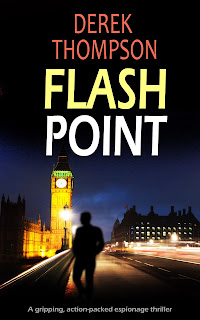 Do you love gripping espionage thrillers full of great twists and plenty of action?Meet Thomas Bladen. Smart, sardonic, and in mortal danger.
UK https://www.amazon.co.uk/dp/B079HYYYW7 USA https://www.amazon.com/dp/B079HYYYW7/
LONDON COMES UNDER ATTACK AND BLADEN’S LIFE IS FALLING APART.As the security services scramble to deal with the aftermath of a coordinated terror attack, undercover operative Thomas Bladen is in deep trouble. His department has been taken over by MI5, his girlfriend’s gone, and he’s “lost” a handgun during surveillance of a high-profile politician.Then two of his senior colleagues disappear. Who’s taken them and why? Bladen’s search for answers is blocked at every turn. Is there a double agent in his team?In a thrilling conclusion, Bladen must face his doubts and put his life at risk against forces whose allegiance is unclear. This is the reckoning.If you like Mark Dawson, Rob Sinclair, Lee Child, or Vince Flynn you’ll enjoy these fast-paced thrillers.What people are saying about Derek Thompson’s Bladen books“Complex and full of twists and turns, this is a very good thriller which keeps the reader on tenterhooks throughout.” Ann Stanmore“Kept me up far too late at night.” Gemma Donnelly“Gripping and unputdownable.” Bsms585“One of the best spy thrillers I've read in a long time.” Lacancan“Good read for anyone who enjoys a thriller that will keep them hooked from start to finish.” Jfaulknercourt“Couldn't put the book down .... brilliant characters...storyline excellent.” Kay Broome“Very good, gripping story.” YorkypudTHOMAS BLADEN SERIESBook 1: STANDPOINTBook 2: LINE OF SIGHTBook 3: CAUSE & EFFECTBook 4: SHADOW STATEBook 5: FLASHPOINT
Posted by NOT SO NOBLE BOOKS at 01:57 No comments: