THEIR LOST DAUGHTERS AVAILABLE NOW for only 99p/$0.99 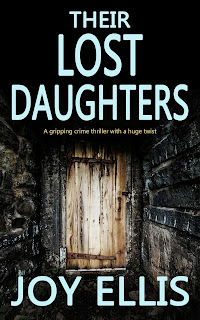 UK www.amazon.co.uk/dp/B06XWDFRD2/
USA www.amazon.com/dp/B06XWDFRD2/
AUSTRALIA https://www.amazon.com.au/dp/B06XWDFRD2/
Do you love a gripping mystery with a huge twist? Then try this book by a best-selling author now. You won't be able to put it down. By an author everyone's talking about.
TWO GIRLS GO TO A PARTY, ONLY ONE RETURNS ALIVE
Toni, the surviving teenager, is found deliriously wandering the muddy fields of the fens. She has been drugged and it’s uncertain whether she’ll survive. She says she saw her friend Emily being dragged away from the party. But no one knows who Emily is or even if she’s still alive . . .
Meanwhile the drowned body of another girl has been found on an isolated beach.
And how does this all relate to the shocking disappearance of a little girl nearly a decade ago, a crime which was never solved? The girl’s mother is putting immense pressure on the police to re-open the high-profile case.
FOUR GIRLS. FOUR DAUGHTERS. FOUR FAMILIES WHO NEED JUSTICE AND CLOSURE.
DI Rowan Jackman and DS Marie Evans of the Fenland police are stretched to the limit as they try to bring the perpetrators of these shocking crimes to justice.
There is evidence of an illegal drinking club run by a shadowy group of men who are grooming teenagers. And the team come across a sinister former hospital called Windrush which seems to house many dark secrets. A sinister man works on the property alone, but the owner appears to be the perfect gentleman.
Full of twists and turns, this is a crime thriller that will keep you turning the pages until the shocking ending.
What readers are saying about THEIR LOST DAUGHTERS
“Absolutely fantastic read with brilliant characters. I loved the story.” Sue Wallace
“This is a really good! It had some twists I never saw coming and the story was very original and yet not so far-fetched that it was unbelievable.” J. Copeland
“Lots of twists and turns.” Cathie Salva
“Another excellent read from the author.” S. Meikle
"This book had me hooked from the very first page and I read it in almost one sitting." G. Halliday
THE DETECTIVES
DS Marie Evans lost her husband in a motorbike accident and has personal connections to the case. DI Jackman leads the team. He is extremely smart and has a knack for bringing out the best in his diverse team.
THIS BOOK IS NOT PART OF THE NIKKI GALENA SERIES BUT TAKES PLACE IN THE SAME STUNNING AREA
Perfect for fans of Rachel Abbott, Sarah A. Denzil, Robert Bryndza, Mel Sherratt, Angela Marsons, Colin Dexter, or Ruth Rendell.
ALSO BY JOY ELLIS
THE NIKKI GALENA SERIES
Book 1: CRIME ON THE FENS
Book 2: SHADOW OVER THE FENS
Book 3: HUNTED ON THE FENS
Book 4: KILLER ON THE FENS
Book 5: STALKER ON THE FENS
Book 6: CAPTIVE ON THE FENS
JACKMAN & EVANS
Book 1: THE MURDERER’S SON
Book 2: THEIR LOST DAUGHTERS
Posted by NOT SO NOBLE BOOKS at 03:02 No comments: 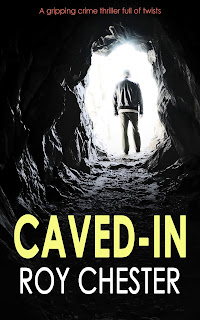 SHOCKING SECRETS COME CAVING IN ON WHAT SEEMS LIKE THE PERFECT FAMILY
Josh Cavendish goes missing on the island of Anglesey. Eight months later, his body is found in a cave. His skull has been smashed in, but someone has placed a crown of flowers on his head
The disappearance is a massive embarrassment to the police.The boy came from a powerful family and the area was searched and nothing found. Detective David Mallory and criminal profiler Dr Hannah Nightingale from the Garton police are called in to crack this baffling case.
Hannah discovers that the boy is not all that he seemed. There is a nasty streak of violence that seems to have roots in the family’s past.  And Josh’s father and uncle are both concealing something from the police.
Dark family secrets lie in the background of this complex mystery. Can the police find out who killed Josh and why, before anyone else suffers?
This is a fast-paced detective thriller that will have you turning the pages till the action-packed ending.
THE DETECTIVES: David Mallory is an old-school policeman who has made some powerful enemies within his own department. DCI Gary Falcon is an ambitious young man on the rise, but his father’s legal work for the city’s criminal does not play well with his fellow officers.
THE PROFILER: Dr Hannah Nightingale an up-and-coming forensic psychiatrist who is employed as a consultant profiler by the Toybreaker team. The Nightingale family are prominent in the Garton social scene and Hannah has to fight hard to be accepted by a sceptical police force.
THE SETTING: Garton is a fictional port city in the north of England. It’s faced years of industrial decline, but a strong community spirit and sense of humour give hope of revival. But there are still pockets of rundown inner-city criminality.
CAVED-IN is the fifth in a series of thrillers. Great for fans of Sarah Flint, Paul Finch. Kathy Reichs, Angela Marsons, and Patricia Cornwell.
PRAISE FOR ROY CHESTER
“Intriguing, compelling, and thoroughly entertaining”
Chorley Guardian
DR HANNAH NIGHTINGALE SERIES
Book 1: THE TOYBREAKER
Book 2: ANGER MAN
Book 3: PREY
Book 4: VENGEANCE
Book 5: CAVED-IN
Posted by NOT SO NOBLE BOOKS at 02:25 No comments: 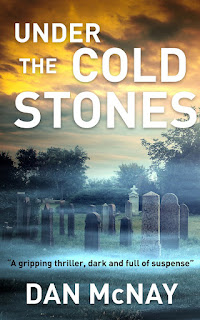 UNDER THE COLD STONES by new author Dan McNay


When a homecoming turns into a perilous search for the truth
Estranged from her family for over twenty years and having blanked out many of the reasons that made her leave, after the death of her mother, Daydee returns to her hometown in Illinois.

Having inherited land and a cemetery business, Daydee begins to refamiliarize herself with the people in the town, many of whom regard her with suspicion. But as she finds out more about her mother and her affairs, she realises much has been hidden from her. Her properties had been used for illegal gains, clearly some of the town’s folk have been in on it, and her mother’s collaborators want everything kept under wraps.

Having worked as a call girl for much of her life, and wise to the ways of men, Daydee battles with her reputation and begins to make friends. But when she makes a chilling discovery in the cemetery and unveils what looks like a grievous crime, she is in certain danger and will require all her hard-won courage and wits to win over.

If you enjoy fiction with a strong but flawed protagonist, with depth and great plot twists, look no further than UNDER THE COLD STONES.

Posted by NOT SO NOBLE BOOKS at 11:42 No comments: 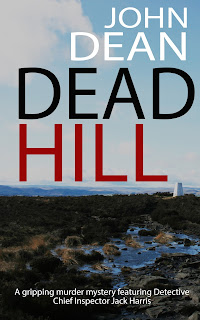 Surly and abrasive, veteran detective Jack Harris at times shows more concern for the wildlife in his beloved Pennine Hills than keeping up cordial relations at work. Indeed, when a trio of local criminals try to steal the eggs of a rare bird, DCI Harris treats it almost like a personal insult and readies to envelop them in the long arm of the law.

Yet, when two of the criminals descend from the hills into Harris’ snare, rather than the expected three, Harris finds himself with a murder investigation on his hands. But far from being an open and shut case, it is one that will wrench him out of his rural idyll, and back into the gritty criminal underworld to solve.

When the murdered man is identified as a gangland member, Harris is beset by a troubled local community and doubts amongst his colleagues that he can bring the killer to justice. Doing so will force Harris to confront a nasty episode in his own past and question the loyalties of those around him.

This novel is set in the fictional town of Levton, nestled in the bleak and blustery Pennine Hills in the north of England. It is the first in a series of titles featuring Jack Harris and the Levton Police Force, previously published by Robert Hale, London.
This book is FREE on Kindle Unlimited.

Posted by NOT SO NOBLE BOOKS at 11:39 No comments:

Posted by NOT SO NOBLE BOOKS at 13:21 No comments: